Both teams in the final had won their respective leagues and would be promoted, but only one team would be able to win the league and cup. Brackley were awarded a handicap of 144 points, which meant they had an additional 8 points in each game. With all three rubbers of each round being played at the same time, it was hard to see which team was in front.

Connor and Maire got off to a good start, pushing the Marlborough 1st pairs close, and achieving the target they needed. Tom and Sarah were also able to get the points they needed, but Henry and Jess came up slightly short, meaning the scores were close after the first rotation. Tom and Sarah then took on their 1st pair, and lost 21-17 and 21-13 but overall did enough to get the points they needed, Connor and Maire went one better, losing their first game narrowly and winning the 2nd game to put Brackley in a good position going into the last rotation. Henry and Jess fought hard, but were unable to get the score they needed. Sarah and Tom were able to win one of their last to games 21-17 in fortuitous fashion with Tom running back and improvising a backhand which clipped the top of the net and dropped over. The win gave Brackley and really good chance of winning the cup and meant if Connor and Maire were able to get the points Brackley needed, the cup would return to Brackley. Connor and Maire did their job, although a nervous wait ensued as the scores were added up. Brackley Edged the very competitive game by 25 points. 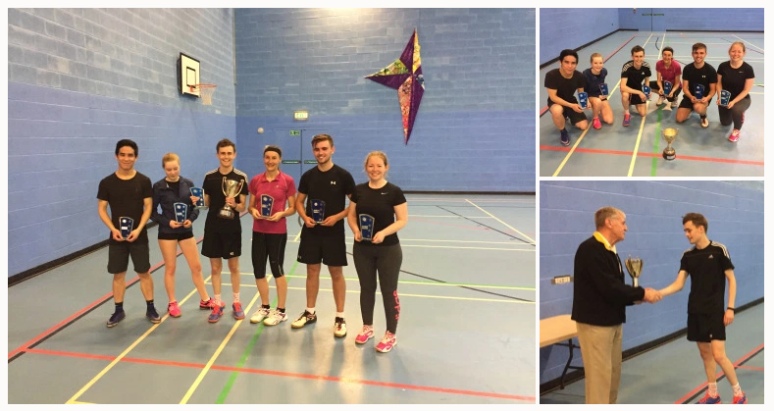